Shopware is the market leader among ecommerce platforms in Germany

To the German article

Once again this year, the retail institute EHI, in collaboration with eCommerceDB, has published the top 1,000 business-to-consumer stores in Germany with the highest sales in various sectors. We are very pleased about the results of the study because Shopware is at the top of the leading store systems for the first time!

In line with last year's predictions, Shopware thus makes it to the top of ranking 2 as the most popular ecommerce platform. We think that Shopware 6's rapid product maturity and our unique open-source approach are the main reasons for this positive development. We're very pleased about the trust placed in us by Germany's top-selling merchants. Many thanks for this!

The top 1,000 online stores in Germany

In addition to the top ecommerce platforms, however, the study by EHI and eCommerceDB focuses primarily on the most popular online stores in Germany. Contrary to the current economic situation, ecommerce in Germany is still booming. The 1,000 B2C online stores with the highest turnover have even grown again in contrast to the last financial year. This is shown by the results of the study about the ecommerce market in Germany in 2022 by EHI and eCommerceDB. According to the study, their net ecommerce sales increased to 79.9 billion euros in 2021, which corresponds to a growth of 16.1%, because the year before, net ecommerce sales were still at 68.8 billion euros. 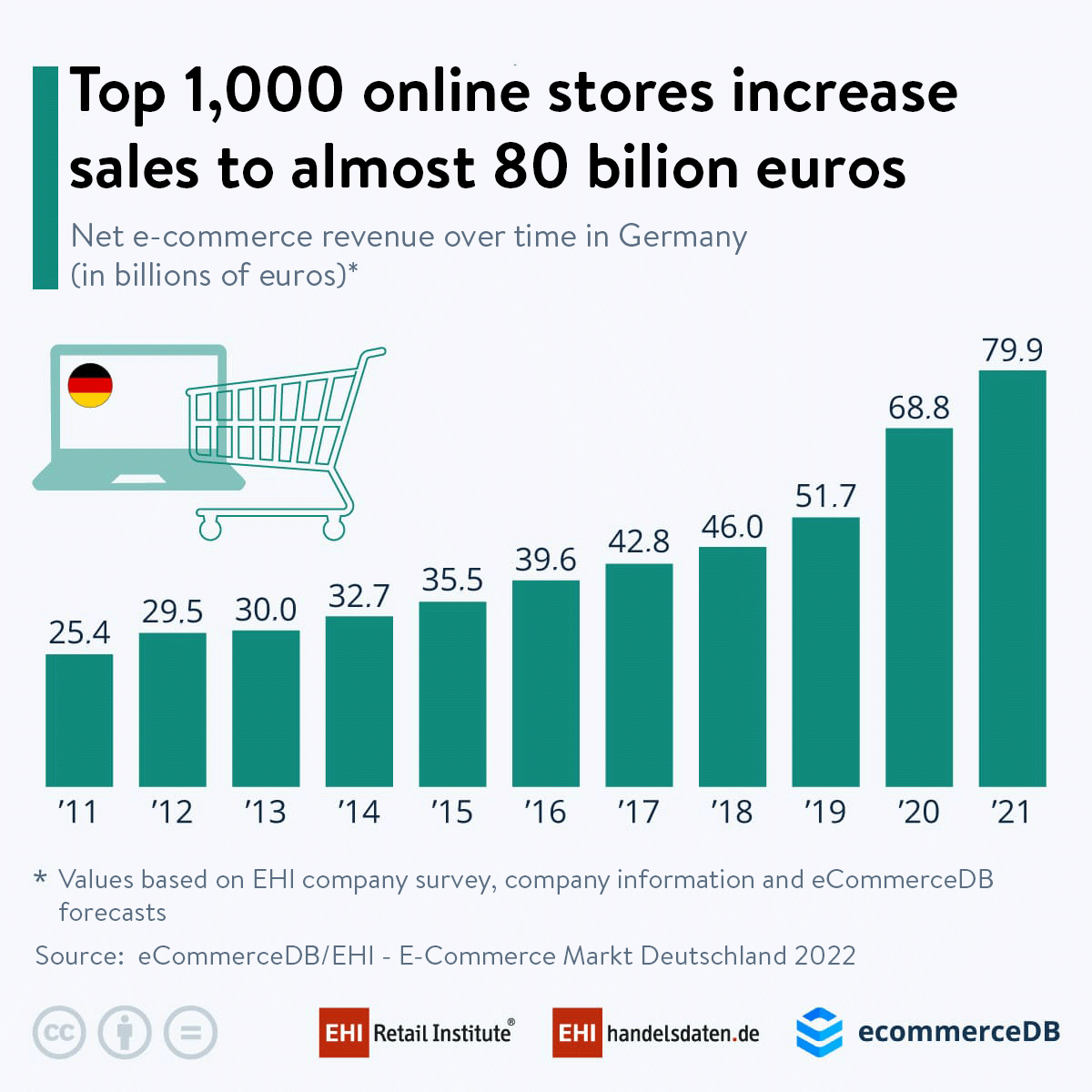 The top online stores in comparison

However, the strongest growth among the top 10 online stores with the highest sales was recorded by ikea.com. With a growth of 102.9%, the popular home furnishings group has managed to more than double its ecommerce sales.

Shopware is also the market leader beyond the top 1,000 stores

According to a survey by eCommerceDB in 2020, Shopware is the market leader in Germany with a market share of 28%. We are pleased that this is now also reflected in the most successful 1,000 online stores.

In the German press release of the retail institute EHI you can read all further details about the study. You can also find the B2B online store ranking of the top 100 online stores in Germany here. For more information about the leading ecommerce platform in Germany, you can browse here in the blog and on our pages: