Shopware 6 in its Enterprise Edition

Since switching to Shopware, MAC finally uses a uniform and time-saving system for the B2C and B2B shops.

A passion for the perfect pair of trousers

MAC is a fashion company in Oberpfalz that has specialised in trousers for over 40 years. Everything started with the idea of developing affordable women’s trousers with a perfect fit. Today, the manufacturer sells more than 6 million women’s and men’s trousers with the MAC brand per year. In addition to a great fit and being good value for money, the company places importance on high-quality materials, ecological manufacturing processes and fashion trends.

The online shop as the primary sales channel

MAC does not have its own store, its products are sold by trade partners worldwide to retailers. The biggest selection can be found online: Women and men can find any cut, colour or style in the webshop. In addition to the German shop, MAC has a subshop for Austria and an English language shop. There is also an online shop for B2B customers.

It was time for a relaunch

MAC decided to relaunch the two online shops for multiple objectives: For one thing, MAC wanted to create a uniform shop system for its B2C and B2B areas but with separate installations. The desire to be able to design the brand shop and the brand website in parallel using one system emerged in the same way. The other objective was to simplify the creation of subshops and the accompanying market entry in other countries. The overall objective was ultimately also to increase revenues.

Shopware as a promising solution

Originally, both online shops had been developed in-house and were operated in an IBM WebSphere environment. As part of the relaunch, MAC decided to change systems. “There were many aspects that led us to ultimately choose Shopware”, said Dirk Meyer, Head of Digital Business. “Ultimately, the following points were decisive: 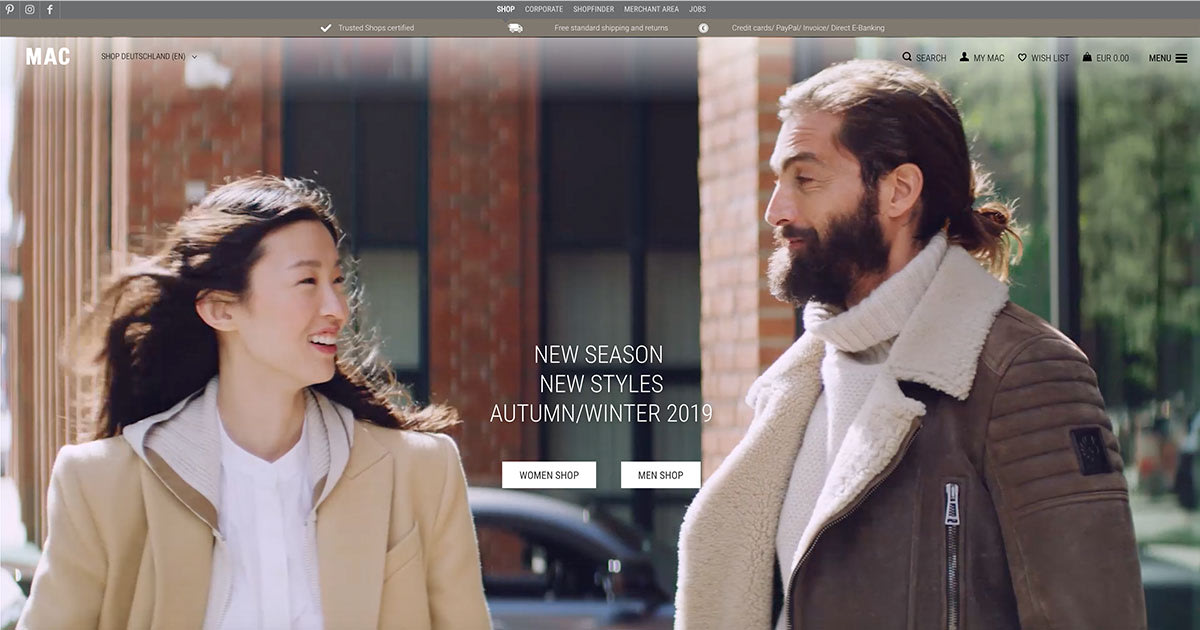 There are 150 items in the new online shop divided into two main categories with nine subcategories each, which are further subdivided in parts.

Onedrop supports both online shops in the relaunch

The implementation phase for the relaunch lasted about 5 months. MAC received support from the Shopware Solution Partner Onedrop GmbH & CO KG in the process. Dirk Meyer appreciates the teamwork with the agency: “The collaboration has been truly positive over the years. They are also an important sparring partner for us when we are considering new ideas and concepts”.

One of the special functions of the online shop: All orders are currently routed through the shop’s backend to the fulfilment provider. That applies to orders that came through external market places as well. This connection is important because MAC also sells its products through Amazon, eBay and Zalando.

For its personalisation solution, MAC uses eSales von Apptus. By using the Shopware plugin, the consumer behaviour is being analysed in real-time via machine learning. Thanks to a self-learning search, dynamic recommendations as well as a relevance-based article ranking, the provided results promise high rates of conversion.

MAC uses Inxmail for distributing its marketing newsletter. To keep track of its monitoring figures, however, it uses Kibana and Power BI. 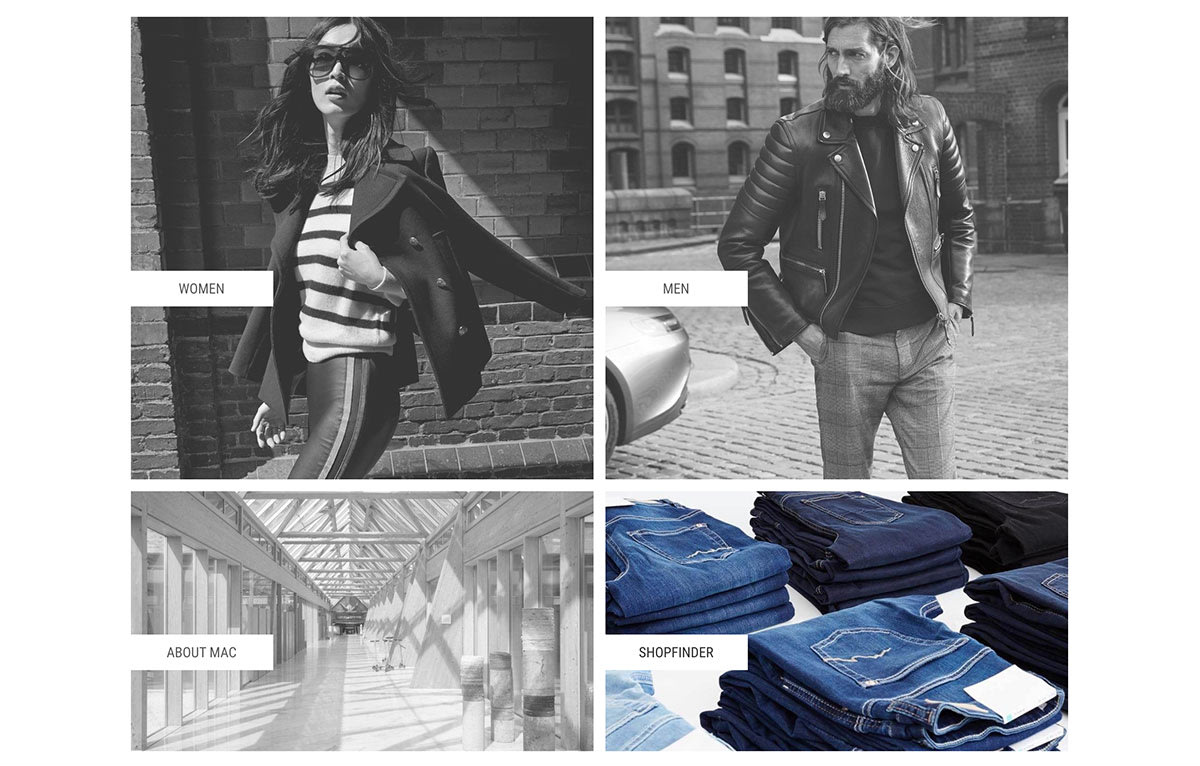 Shop visitors are greeted by a modern, clean design that draws attention to strong, emotive photos and videos.

Time is a resource which is being conserved

Since switching to Shopware, the company has noticed an enormous amount of time that is now available for other things. Before, the online shop needed to be updated in three systems. Now, everything is processed centrally through Shopware.

To answer the question of whether they economised on other resources, Dirk Meyer replied: “With the introduction of Shopware, we have achieved enormous growth, which inevitably requires more resources. However, we can say that the CPA was halved and the CVR doubled”.

Positive figures since the relaunch

The actual numbers are well worth a look. For one thing, there is a significant increase in revenues: “We are now achieving an annual growth rate of an average of 38%”, says Meyer.  The conversion rate has also doubled. According to Sistrix, visibility has increased from an average of 0.55 to 0.848. Of course, it wasn’t only the relaunch that was decisive, but the package of multiple measures together.

The relaunch with Shopware met the objectives. MAC was able to benefit from the unified system with a clear saving in time and higher sales revenue. The relaunch has also paid off after just one year.

In the future, MAC wants to created further shops in other languages and optimise performance. It has also planned to migrate to Shopware 6 and to switch to the Enterprise Edition.

You want to know more about Shopware?

Feel free to contact our sales team.We will be happy to help you find the perfect Shopware solution for your needs.

With the help of the Shopware 6 B2B Suite, Lüning 24 was able to build a powerful and comprehensive online B2B business.

The traditional book publisher is the first German-language Shopware 6 shop in Italy and is now launching its first online shop based on Shopware.

The German design and office furniture retailer operates two attractive online shops that have been migrated from Magento to Shopware 6.

Thanks to Shopware 6, the new MissPompadour store shines in the new design after only 5 months and is already achieving significant success.

As one of the first Shopware PaaS users, PhiAcademy migrates from Magento 2 to Shopware 6 within four months.

Due to the demanding B2B processes, Grohe relies on the Shopware B2B Suite and the flexible API-first approach.