Schöppingen/Duisburg, 29/05/2019 – Shopware held the largest Shopware Community Day of all time with 2,500 visitors last Thursday at the Landscape Park (Landschaftspark) in Duisburg, Germany. The highlight of the ninth edition, the theme of which this year was “Journeys”, was the announcement of the latest software generation – Shopware 6 – by Shopware CEO Sebastian Hamann. While the top-class speakers Judith Williams, Heather Mills and Ken Hughes inspired the audience with their lectures, selected partners were invited to celebrate the second official presentation of the Shopware Partner Awards at the end of the trade fair day.

In addition to Shopware-related news, Shopware Community Day is all about the gathering of various players in the ecosystem. Shopware CEO Sebastian Hamann emphasised this in his opening keynote: “Shopware is much more than just a product. Shopware is a community, and everyone in the room is part of it,” said Hamann, who thanked the viewers and everyone involved for the feedback and support that went into developing Shopware 6. 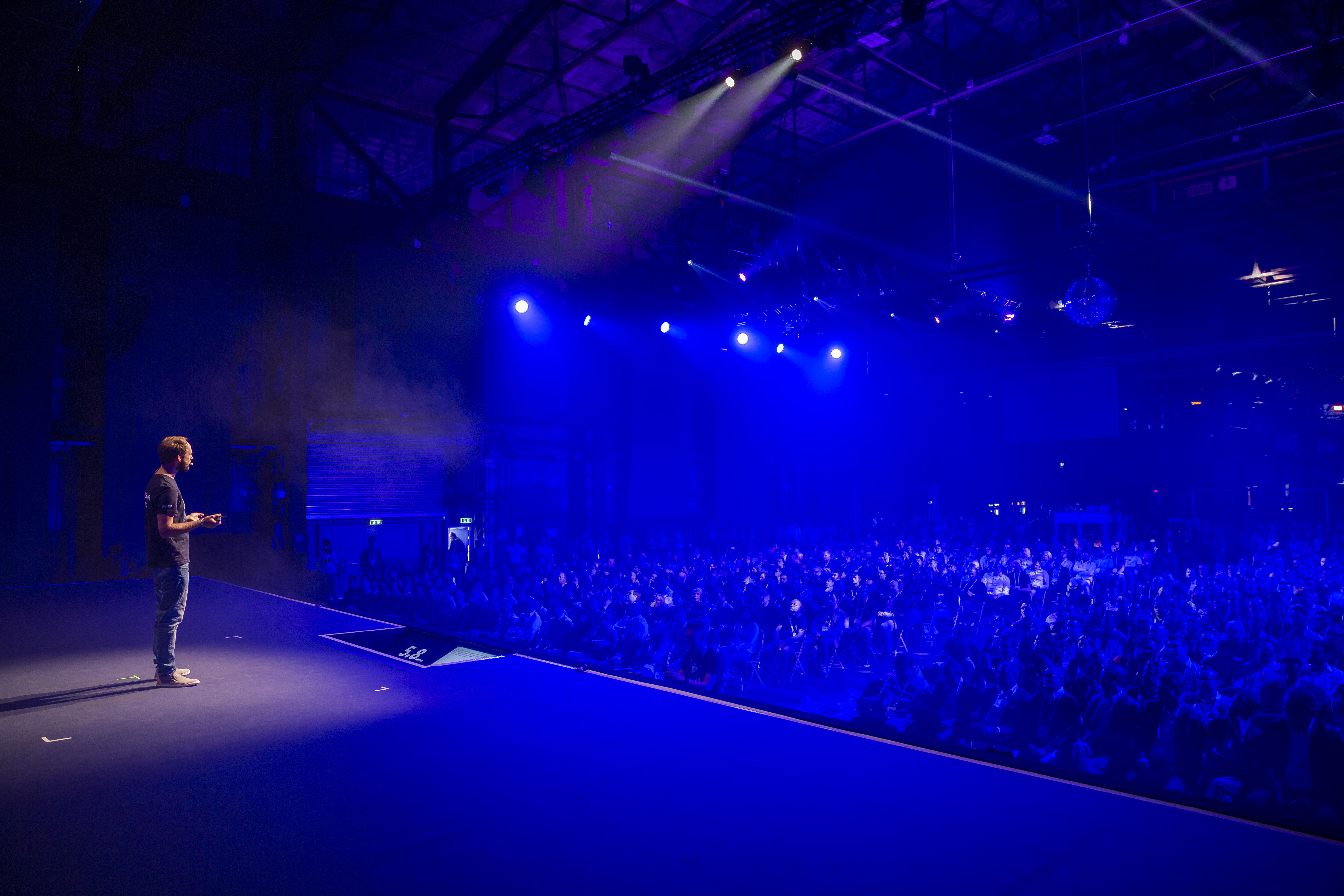 Sebastian Hamann during the keynote

According to Hamann, the new version is a direct response to current societal developments, because the complexity in everyday life is constantly increasing - the world population is rising steadily, and interconnectedness of everything is growing exponentially. When conceptualising Shopware 6, the company was looking for a solution that makes people’s everyday lives easier today; a solution that is also prepared to meet the changing requirements that will inevitably come in the future. The new version is based on a completely new technological base and is intended to provide retailers with untapped growth opportunities for a wide variety of business strategies.

“People grow and change their behaviour. It’s the same people that decide which products are successful and which ones are not. In a world of rapidly increasing complexity, simple solutions for complex problems will be successful,” said Sebastian Hamann, who caused a sensation with the announcement of Shopware 6. This is the philosophy behind the “Your freedom to grow” product claim, because, according to Hamann, the focus of development from the very beginning was maximum flexibility and the intention of preparing retailers for future challenges.

4 stages and own developer area

To accommodate the continued growth of the Shopware Community Day and provide each of the 2,500 visitors with the opportunity to experience the individual greatest added value, the organiser offered 50 exhibitors as well as 4 large stages with more than 24 hours of lecture time. In comparison to last year, the special feature was the specially created Developer Area where the technically-inclined visitors were offered their own keynote with a detailed insight into the software.

Judith Williams, Heather Mills and Ken Hughes were among the highlights of the speaker line-up on the main Inspiration Stage. Williams, known among other things for her involvement in the German version of the award-winning TV series “Dragon’s Den”, spoke about her moving story and her road to success, while Heather Mills, entrepreneur, world record holder, paralympic athlete and founder of VBites, explained to viewers how any business can benefit from e-commerce. Ken Hughes, one of the world’s leading experts on consumer and buyer behaviour, explained in his presentation where consumers relate to AI and where this leads consumer behaviour, society in general and everyone in the industry. 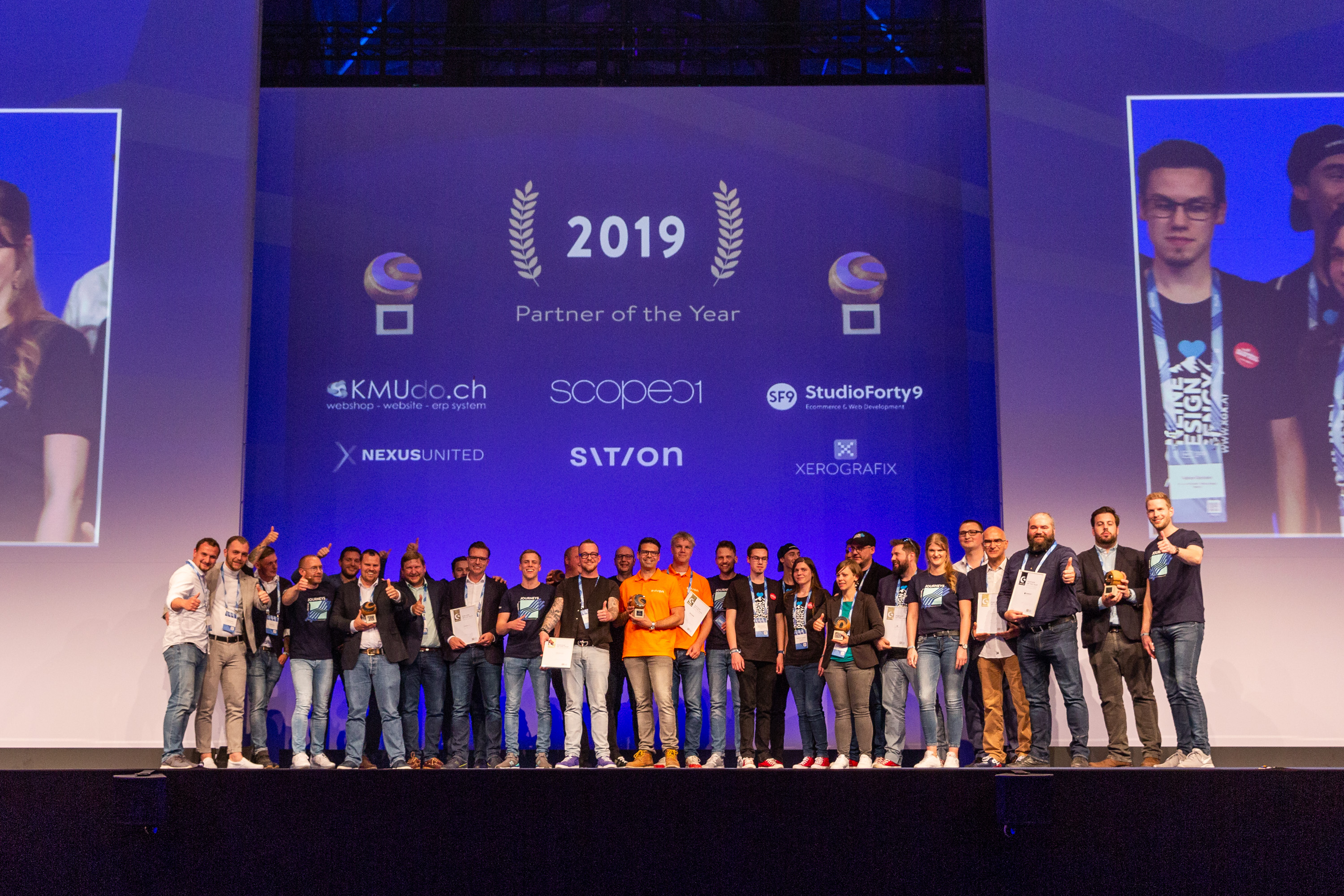 The winners of the Shopware Partner Award

With the last official program item, Shopware rounded off a successful event and once again created a great deal of excitement among its partners by presenting the Shopware Partner Award as part of the Community Day for the first time. The six categories, in which the organiser presented the awards, were also new at the second edition of the award ceremony. Particularly pleased were the winning agencies: StudioForty9 (Best Partner UK and Ireland), Sition (Best Partner BeNeLux), Nexus United (Best Partner Germany), XeroGrafiX (Best Partner Austria), KMUdo (Best Partner Switzerland), and Scope01 (Best Global Newcomer).

However, the metaphorical journey, to which Shopware had invited its community with the “Journeys” motto, was still not over after the award ceremony. For one thing, because with Shopware 6, Shopware and the associated ecosystem are only at the beginning of a new journey, but also because the event itself was far from over: The Shopware community celebrated a successful day, Shopware 6, the biggest Shopware Community Day of all time and, above all, itself -- to the beats of the Cascada late into the night.

In the meantime, Shopware announced the date for the next SCD: 28 May 2020.

Shopware Community Day 2019 at a glance

- Announcement of the new version, Shopware 6

- More information and presentations of the day can be found at scd.shopware.com

Wiljo Krechting is an ecommerce expert and Manager Public Relations at the ecommerce platform provider Shopware. The media professional has a master’s degree in political science and journalism from the universities of Münster and Melbourne, where he gained experience as a foreign correspondent for the publisher Axel-Springer-Verlag. Krechting has worked as a journalist at Rheinische Post, WELT, BILD, Hamburger Abendblatt and the Australian business portal theaustralian.com.